It’s been a hot second since we took a trip Down South and so it was quite the surprise when a close friend who took a trip to Matara on Christmas Day shared with us their experience, reminding us of how incredibly diverse the South is. You can party all day and night in Mirissa, and then move on down to Ahangama to experience some relaxed and chill vibes; you’ve got pretty much everything in the southern coast.

The friend in question requested that we keep them anonymous, simply because they shared with us one big negative point about the South, and as someone who frequents the area, they wished not to draw attention to themselves, but felt it must be said all the same.

However, before we get into the negatives, let us regale you with tales of Ahangama and how the businesses there work in such great harmony, so much so that the businesses have developed a community of their own that benefits, supports, and uplifts one another.

It was noted: “None of the businesses open on Mondays, having had a gruelling weekend, and they’ve all arrived at a consensus that if a musical act is featured at one of the businesses, the others will not feature competing acts so that they will not take away from the customers.”

Moreover, we were told: “They are all able to grow together, as the customers feel like they’ve entered a singular establishment, one that spans an entire village, rather than a bunch of competitive businesses.” 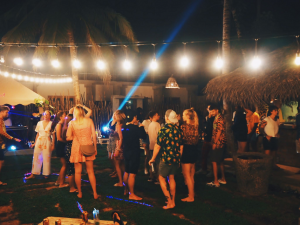 It must be noted that it appears there is concern amongst the locals with regard to the business owners in Ahangama as the majority are from Colombo or foreigners, so much of the revenue is really not funnelled back into the community. Therefore, while there is a wonderful community and the businesses owners have created a utopia of sorts for visitors to come and enjoy themselves, the locals aren’t too happy.

Now for the “big negative” – the beach boys. Beach boys are a part of southern culture, with many of them contributing to the community and running businesses of their own. However, it was noted that post pandemic, the presence of beach boys has grown to be suffocating.

In the two days spent in Matara, specifically in and about Madiha Beach, we were told that the presence of beach boys has created an atmosphere and a feeling that is overall unsafe. While one particular phenomenon could not be singled out as to why it is that things feel much worse now than they were pre pandemic, when there was just as many beach boys doing their thing conversing with foreign women and men, perhaps due to the lesser population of foreigners frequenting the beaches, the situation has somewhat escalated. 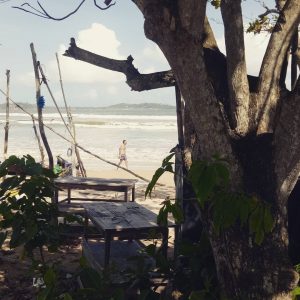 Several people who had taken trips Down South shared stories of fights breaking out in the night and women getting cat-called when leaving parties and events, creating a general vibe that is incredibly unwelcoming.

While it is unfair to categorise an entire community as behaving negatively, it can be said that the actions of the larger group have created an unwelcome atmosphere that could be harmful in the long run for the businesses on the southern coast, as they are all heavily reliant on travellers feeling welcome and visiting to have a good time. Despite this, however, for the time being, things appear to be fairly positive, and the South is certainly on the up and up with tourists gradually pouring in to take in the surf, the beach, and the sun.