Ministers are set to scrap pre-departure Covid traveller tests today in a massive boost for winter sunseekers and the beleaguered tourism industry.

As fear subsides about the Omicron variant, concern is growing about travel firms going bust due to beefed-up testing rules.

This is less likely as health officials favour PCRs, which can be sequenced to detect variants of concern.

However, the airline industry is today demanding the government goes a step further and axes all travel tests.

Testing regime that may be scrapped as the Omicron threat dwindles:

Travelling home from another country has been a nightmare for may due to new restrictions amid Omicron.

The rules for the fully vaccinated, which are likely to change, are…

The Manchester Airports Group funded and commissioned a study into the matter, which its chief of staff Tim Hawkins says provides evidence to scrap all testing.

‘We were really encouraged last month as the Health Secretary was very clear that restrictions would be removed if they stopped playing a useful role in limiting the spread of the virus,’ he told BBC Radio Four’s Today programme.

‘This research shows that with more than two million cases already in England, we’re definitely past that point now and testing isn’t an effective or sensible way to try and limit the peak number of cases or the pressure on the NHS.

‘The government was clear they saw a temporary role for those tests.

‘If you’re able to restrict the number of international arrivals and limit the entry of a virus in the early stages there is some force behind that argument you can slow down the arrival and provide some breathing space.

‘But what this research is showing now is we’re well beyond that point…if there’s no benefit to it, we shouldn’t be doing it and we should take those measures out.

‘This research shows there’d be a basis for taking out all tests, not just pre-departure but post-arrival is equally playing no role in managing case number and hospitalisations in the UK, so that is what we are asking the government to take the opportunity to do today.’

Shai Weiss, CEO of Virgin Atlantic, added: ‘With the Omicron variant now representing 90% of Covid-19 cases in the UK, there is no justification for pre-departure test before travel to the UK, nor costly PCR testing upon arrival.

‘New modelling, conducted by Oxera and Edge Health on behalf of Manchester Airport Group, shows that the introduction of these measures did very little to protect the UK against Omicron transmission and that the removal of all travel testing in January would have no impact on the prevalence of the variant in the community, but would deny the British public the opportunity to connect with loved ones and for business to grow.

‘We call on HMG to follow the science and data and remove all travel testing requirements on January 5th, allowing for frictionless air travel and the reallocation of vital testing capacity to where it is needed the most – in hospitals, schools and crucial infrastructure.’

The UK is the only country in Europe demanding that even fully-vaccinated holidaymakers take two tests when returning home.

Under the current rules, one rapid swab must be taken pre-return within 72 hours of travel to the UK and a post-arrival PCR test by day two.

Travellers must self-isolate until the results of this latter test are received, and can be stuck in quarantine for days if results are delayed.

Ministers will also discuss the need for quarantine today.

The rules were beefed-up at the end of November in a bid to stem the importation of Omicron.

They added hundreds of pounds in testing bills to the cost of foreign breaks for families.

They also increased fears about being stranded abroad if pre-return test results are positive. 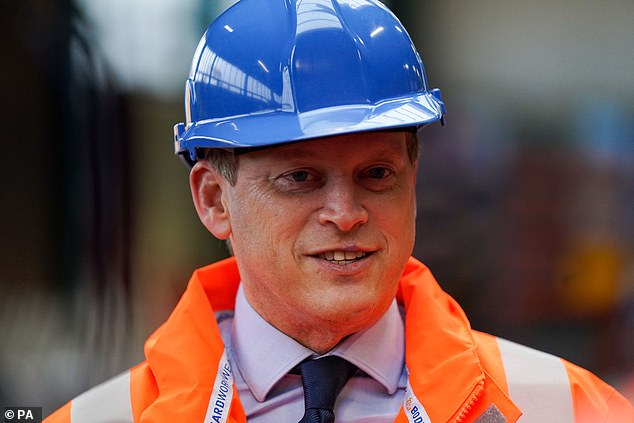 Prior to the November changes, travellers were required to take just one rapid test post-arrival by day two.

But there is ‘no official’ update yet on whether testing rules will be changed in England so that those who test positive in lateral flow tests will not need a confirmatory PCR, according to a health minister.

Gillian Keegan told BBC Breakfast: ‘The teams are looking constantly at what makes sense and what works, etc, but I don’t have any official news or updates for you this morning.’

Pressed on whether the rule change was being brought in for those who are asymptomatic, the minister replied: ‘As I say, I don’t have any official news on that but I know that the teams are looking at testing and testing regimes.

‘We’ve introduced so many lateral flow tests now and they are very accurate – they are really accurate if people are infectious, so I guess they are looking at the regime all the time in terms of what makes sense.

‘I don’t have any official news but the teams will announce it once they have come to their conclusions.’

Asked whether the announcement could come today, she said: ‘You may be able to expect some news – I don’t know when.’

Returning to one post-arrival test will likely boost bookings and confidence among would-be travellers to press ahead with plans for foreign holidays or reuniting with relatives abroad.

He said: ‘This isn’t just about outbound holidays.

‘We’re losing billions in revenue from people who ordinarily would want to travel to the UK to spend money, including in our shops and restaurants.

‘This is a competition at the end of the day – we need to attract people to the UK, not put up a big ‘closed for business’ sign.

‘We can’t have international travel – and the hundreds of thousands of jobs and livelihoods that depend on it – being treated differently to hospitality and other domestic sectors.

‘If Omicron doesn’t warrant further restrictions at home, then the case for continuing with the emergency testing requirements for aviation is undermined, especially now it is the dominant variant in the UK.’ 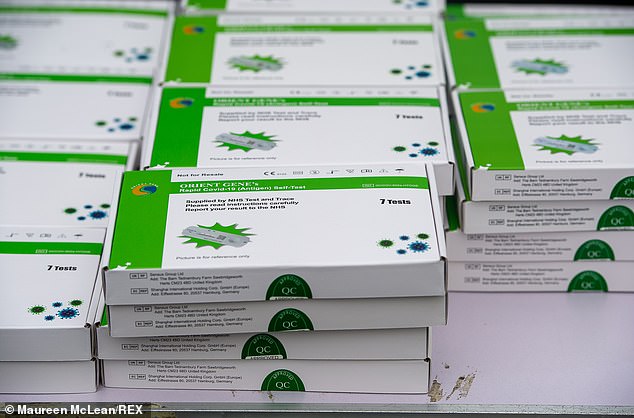 Under the current rules, one rapid swab must be taken pre-return within 72 hours of travel to the UK and a post-arrival PCR test by day two (stock image)

Dr Mike Tildesley, from the University of Warwick and a member of the Scientific Pandemic Influenza Modelling group (Spi-M), told BBC Breakfast that lateral flows were very accurate when it came to recording a positive result.

‘Of course, with a PCR test what happens is a number of those can get sent away for sequencing and then you get more information regarding the virus itself.

‘So, that sort of information may potentially be lost, but only a subset of those PCR tests are sent away for sequencing anyway, so, hopefully, we won’t be losing the levels of information that we already have in this country that enables us to identify variants and so forth.’

He said it was ‘very, very important’ that if any changes were brought in regarding dropping some PCRs that people still recorded their results from lateral flows.

Regarding the potential change to travel testing requirements, he said when there were very high numbers of cases in the UK, testing upon entry to the UK ‘becomes less important’ as cases are already circulating. ‘

So, again, that’s probably why the change is coming in to support the travel industry and reduce a lot of the testing requirements.’

Mr Hawkins added that the restrictions had a significant effect on the number of travellers using its services.

‘We have seen passenger numbers fall back by about a third between October and November,’ he said.

‘Passengers responded to the lifting of travel restrictions very positively and we saw a good level of recovery coming through but the new measures at the end of November and December knocked that back by about a third.

‘We are seeing higher absences along with most other businesses and transport providers and it’s putting them under a certain amount of pressure.

‘But January is generally a quieter month for us anyway, and the testing requirements have knocked back by our recovery by a third.

‘So we do have some headroom to absorb those kinds of pressures at the moment, but we’re keeping a very close eye on absence levels and trends over the coming weeks.’